By Bottrell Group on June 13, 2019 in Interesting Articles

It’s that special time of the year. Not as jolly as the holidays or as jovial as a birthday. No, it’s a more anxious time of the year. A time when our attention turns firmly to thoughts of tax tips, deductions and refunds. The good news? Here are surprising things you didn’t know you can claim on your tax.

While we all have to pay taxes, there are various deductions, some are oddly weird, available to help us maximise our tax refund. With a list of tax deductions in your pocket, you have a much better chance of getting back the money you deserve and reducing your stress to basically nil.

Filing your income tax return is a chore that most of us don’t want to think about, but it doesn’t have to be that way. It can be an excellent opportunity to save or get reimbursed for cash you didn’t know you were entitled to. Anything you buy which enables you to earn an income can be claimed. If you use something in both your work and personal life, you may still be able to claim a portion of it. 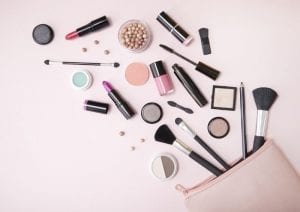 It can include things like vocal coaching for singers, even if it’s in-between gigs.

This is a good starting point as tax liability can be tough to predict. That’s one reason to keep a well-funded emergency fund that you can draw on in the event that your tax bill is bigger than you anticipated one year. You should go into tax season with a plan, not just for how you will pay your taxes but for what you’ll do with any refund you get.

Work with a tax professional and be sure to ask what you might be missing. Put an effort to organise your records and understand your available deductions and you can save tens of thousands of dollars over time. Also, you can avoid penalties and fees. You got this!