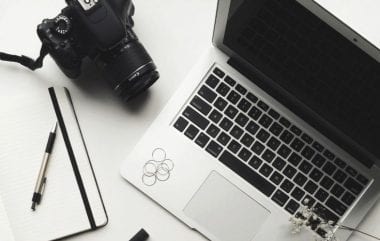 The Federal Court has overturned the decision of the AAT that the market value of shares subject to a CGT event was less than the proceeds received.

Consequently, the taxpayer did not satisfy the $6 million Maximum Net Asset Value test (‘MNAV test’) and could not access the CGT small business concessions (‘SBCs’).

Facts
The taxpayer (Andrew Miley) held 100 shares in a private company, AJM Environmental Services Pty Ltd (‘AJM’), and was one of three equal shareholders in the company.

Under a ‘Sale and Purchase Agreement’ dated 7 March 2008, the shareholders sold all their shares (i.e., a total of 300 shares) in AJM to an arm’s length purchaser for a total of $17.7 million.

The taxpayer received $5.9 million (i.e., one-third of the contract price) for the sale of his 100 shares in AJM and made a capital gain under CGT event A1.

As the taxpayer had held his shares for more than 12 months, he applied the CGT general discount to reduce to capital gain by 50%.

However, he claimed that he was also entitled to a further 50% discount under the active asset reduction in Subdivision 152-C because he satisfied the MNAV test just before the sale by having less than $6 million in CGT assets.

It was agreed by the taxpayer and the Commissioner that, aside from the shares in AJM, the market value of the taxpayer’s other CGT assets just before the CGT event were worth $120,000.

The Commissioner argued that the market value of the shares subject to the CGT event was $5.9 million (i.e., the amount of the consideration received), whereas the taxpayer argued that, when valuing his shares for the purpose of applying the MNAV test, it was appropriate to discount the consideration received by 16.7% to reflect the “relative lack of control” that a purchaser of a one-third share of AJM shares would attain.

The ATO subsequently appealed against the decision of the AAT to the Federal Court.

Decision
The Federal Court agreed with the Commissioners that the AAT was in error when it took into account a hypothetical transaction that involved the taxpayer’s shares alone.

“That misdirection led the Tribunal to ignore a relevant consideration, that consideration being that just before the sale, there was a buyer in the market who was ready and willing to purchase all the shares in AJM, including Mr. Miley’s shares, for $17.7 million, and that Mr. Miley and the other shareholders were ready and willing to see all the shares for that price.  In ignoring that consideration, the Tribunal also failed to have regard to the principles that have been applied in valuation cases where the asset or property in question has special potential for a particular purchaser.”

Therefore, the $5.9 million proceeds for the taxpayers’ shares, coupled with the other $120,00 of CGT assets the taxpayer had just before the CGT event, meant that the taxpayer failed the MNAV test and was therefore not entitled to access the small business concessions.