By Bottrell Group on October 4, 2017 in Interesting Articles, Social Media 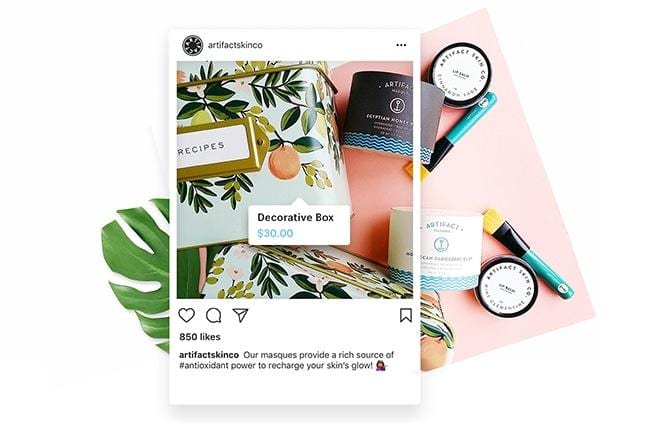 Online commerce giant Shopify is ready for its Instagram moment: The one-stop shop platform provider is opening up its Instagram integration to thousands of its merchants leading up to the holiday season. The platform expansion adds yet another sales channel to the considerable quiver Shopify providers sellers, which includes Facebook, Messenger, Buzzfeed and others, too.

The Instagram shopping feature has been in testing at Shopify throughout 2017, but this most recent expansion will essential open the floodgates to a much broader user population.

Instagram’s shopping feature allows tagging of products that are available for sale, and then letting users purchase them directly within the app. Shopify’s integration of Instagram’s shopping experience simplifies the process of getting this set up, especially for Shopify users already selling goods via the commerce provider.

Shopify notes that Instagram is already a “significant” driver of Shopify merchant store traffic, so being able to convert said traffic right on the platform instead of round-tripping could result in a big boost of additional sales.

After this rollout to select thousands, Shopify plans to test the integration and then turn the feature on for a much wider pool of its user base, which includes hundreds of thousands of stores and sellers.

Give Bottrell a call on 49336888 and find out what you need to do to make sure your store is setup on Shopify in time for the launch.